Multiple sclerosis is one of the most prevalent diseases of the central nervous system, affecting over two million people worldwide. Canada has one of the highest rates of MS in the world with an estimated 75,000 Canadians living with this disease. The economical and personal burden of this disease makes unraveling its causes and the development of knowledge based treatments a high priority.

Biologically it is characterized by myelin loss, varying degrees of axonal pathology, and progressive neurological dysfunction; the symptoms vary widely and may affect vision, hearing, cognition, balance, and movement. The cause of disease was initially considered an autoimmune response triggered by exposure to environmental agents, such as viral infections. However, like many other common neurological conditions, multiple sclerosis aggregates in families, highlighting the existence of a strong genetic component to disease interacting with the environmental factors.

The goal of our program is to identify genetic variants resulting in an increased risk of developing multiple sclerosis. The identification of these genes and  genetic variants is fundamental to gain a better understanding of the biological process that result in the onset of disease, and the development of more effective treatments.

To learn more about the disease visit MedlinePlus. 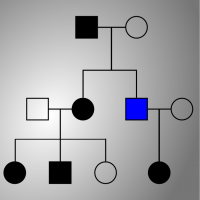 Approximately 10-15% of all patients suffering from multiple sclerosis have a first or second degree relative also diagnosed with the disease. The aggregation of multiple sclerosis within families highlights the existence of a single major genetic component determining the onset of disease in these patients.

In our research we are applying the most advanced sequencing technologies to these multi-incident families in order to characterize their genetic makeup and identify the specific gene mutations responsible for the disease.

Over 13,000 biological samples from patients and healthy controls have been collected for the identification of genetic risk factors of multiple sclerosis. In contrast to the rare variants of strong effect observed in familial forms, risk variants are common genetic changes that results in a moderate increase to develop disease.

In addition to risk factors, population analyses are currently being implemented for the identification of genetic modifiers of the clinical presentation of multiple sclerosis; including disease course, progression and severity. 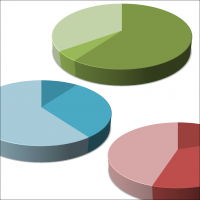